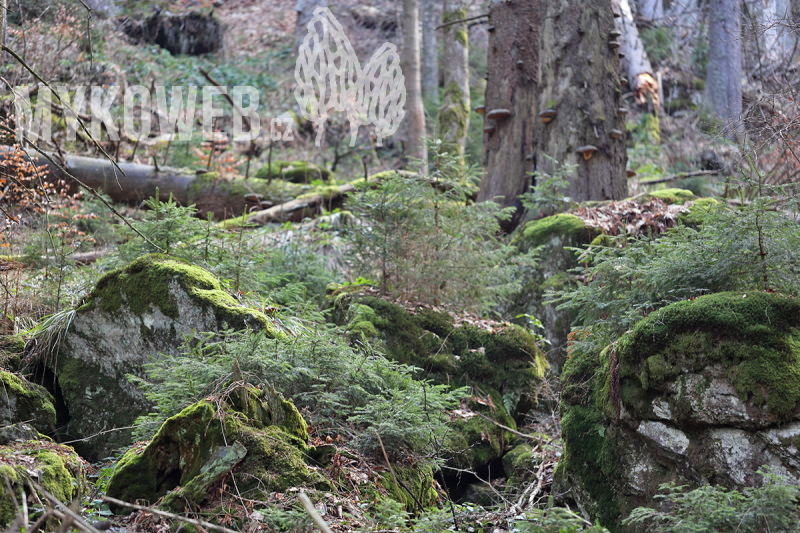 The primary target of the Czech-German project is a detailed exploration of the Western Bavarian Forest National Park in Germany.Then the conclusion would be compare to the mycoflora of Šumava mountains in the Czech Republic. Several localities were visited at the beginning of April. You can read about the first visit of this year in the previous article.

In contrast to the visit in March, the snow has already completely disappeared with an exception of the locations with the highest altitude (Falkenstein etc.). In spite of recent temperature rise, the mycoflora of the Bavarian Forest has been awoken quite slowly. The recent sunny wheather was not good for Pseudoplectania melanea that especially on sunny places became dry, even before reaching maturity. One of the most rare fungi in Europe, Gyromitra sphaeospora, has been found in three microlocalities. We have counted more than 30 fruitbodies on a decaying trunk of Fagus sylvatica, in comparison to the trunks of Abies alba, where only 1-3 fruitbodies were found. Locally abundant on excrements were fruitbodies of coprophilous fungi, Psathyrella tenuicula. Also, several common fungi were found, like groups of Xeromphalina campanella or young fruitbodies of Amylostereum chailletii and others.

Note.: the text was copied from the website of the non-profit making organization Mladý mykolog z.s. 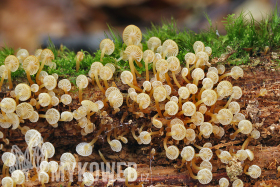 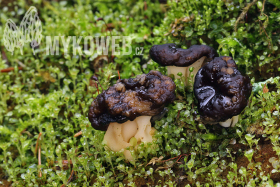