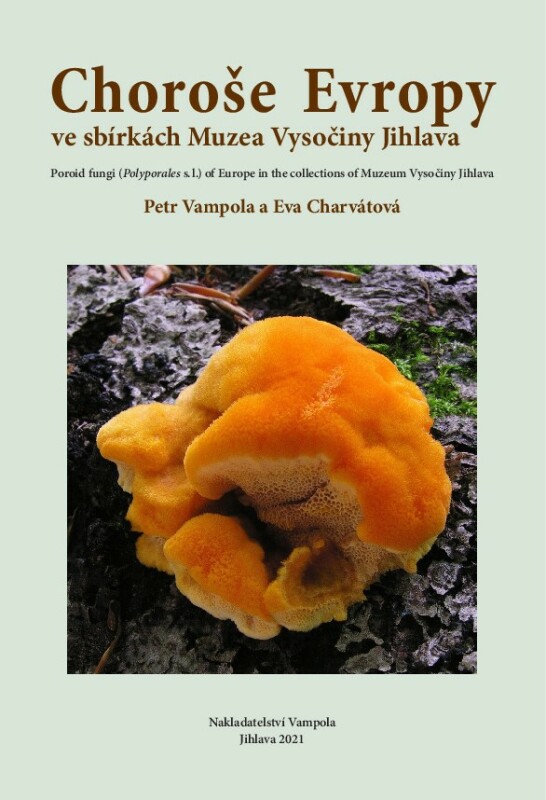 Mushrooms with poroid hymenoforms, known as (Polyporales s. l.), form a small but very interesting group in the  (macromycetes). Just over four hundred species are known in Europe, but their correct distinction is one of the most challenging disciplines in mycology. The authors have compiled a list of all herbarium items of choroshs stored in the collections of the Museum of Vysočina in Jihlava, which should thus serve as a database for researchers and polyporologists. The basis of the collection are mainly the own collections of the first of the authors (P. Vampola) not only from the area of ​​the Bohemian-Moravian Highlands, but also from other regions in the territory of the former Czechoslovakia. In many cases, these are the first finds of rare species in this area, and the most valuable items include type material for the science of newly described species. To a lesser extent, collection from other European countries are also represented in the collection. Although the authors modestly consider their work only as a catalog of herbarium , their brief comments on individual species also bring a number of new and as yet unpublished findings. In addition, for all included species, information on the shape and size of spores is given, which is one of the most important microscopic diagnostic features. For most species, a color photograph of either fresh fruiting bodies or desiccates is also added. A detailed list of cited mycological literature then makes it easy to find additional information. The attached index of all Latin names of mushrooms in the book will then facilitate orientation when searching for certain species, and the terminological dictionary explains all the technical terms used in the book. This "catalog" is not only an extensive herbarium database, but can in fact also be a very good tool in identifying the species of pathogens growing in Europe. Although the book is primarily intended for specialists studying wood-fungal mushrooms, valuable information can also be obtained from other mycologists and mushroom pickers, foresters or conservationists, and last but not least, all lovers of natural attractions.